Together with researchers from Switzerland and Spain, Adrienne Jochum from the Senckenberg Research Institute and Natural History Museum in Frankfurt and the Natural History Museum and University in Bern discovered a new genus and species of snail. The mollusks, which are only a few millimeters in size, live in caves in northern Spain and have unusual, forked teeth. In their study, published in the journal “Organisms Diversity & Evolution,” the team also described for the first time a sexually mature female of this group.

Finding transparent snails with a length of only a few millimeters on muddy cave walls is no easy feat. “Nevertheless, we succeeded in collecting 57 gastropod populations from various caves in northern Spain. We have now studied them, both in terms of morphology and molecular genetics,” explains Dr. Adrienne Jochum of the Senckenberg Research Institute and Natural History Museum in Frankfurt and the Natural History Museum and University in Bern, and she continues, “These snails exemplify the as yet undiscovered diversity in the caves of northern Spain.”

In their integrative study, Jochum and her colleagues, Jeannette Kneubühler and Dr. Eike Neubert from Switzerland and Dr. Carlos E. Prieto from Spain, discovered a previously unknown genus of cave snails and a new species from the Cantabrian Mountains among the specimens they studied. The newly identified genus Iberozospeum is named after its Iberian origin and after its close relatives from the genus Zospeum, known from the Eastern Alps and the Dinarides.

The newly described species, Iberozospeum costulatum, has a “medium-sized” transparent shell measuring about 1.24 to 1.55 millimeters, and its mouthparts consist of a long ribbon equipped with sharp, two-pronged teeth. “This ‘radula’ is used for grazing and sifting through the cave mud for food particles,” adds Jochum.

The histologically examined animals from ten collections also included a sexually mature female snail, which was described for the first time by the Senckenberg scientist and her colleagues. Jochum explains, “For its body size, the female gastropod carries a huge protein gland for egg production.” Using scanning electron microscopy images of the inner shell, the researchers were also able to identify two sites for muscle attachments that enable the snails to perform ‘muscle pirouettes.’

“The exploration of the caves of northern Spain is far from complete. Every discovery opens up new possibilities for understanding the survival strategies in this subterranean world,” adds Jochum in conclusion. 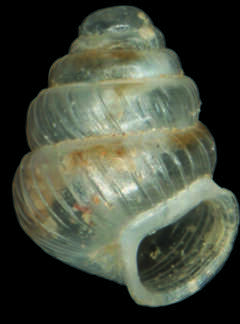 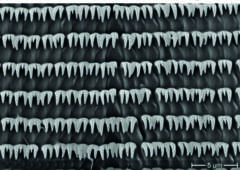