INVITATION to a Press Conference Senckenberg Night and award ceremony of the Senckenberg Prize to evolutionary biologist Prof. Alexandre Antonelli and Kristine McDivitt Tompkins, environmentalist and founder of Tompkins Conservation

This year’s Senckenberg Night is held under the motto “World of Forests.” For more than a decade, the charity gala hosted by the Förderverein Senckenberg has offered an entertaining interplay between award ceremony, culinary delights, and interesting trivia right inside Frankfurt’s Natural History Museum. The highlight of the evening, hosted by Terra X presenter Dirk Steffens, is the presentation of the Senckenberg Prizes for Nature Research and for Commitment to Nature. This year’s “Senckenberg Prize for Nature Research” will be awarded to evolutionary biologist Prof. Alexandre Antonelli, Director of Science at the Royal Botanic Gardens Kew. The “Senckenberg Prize for Commitment to Nature” goes to the environmentalist Kristine McDivitt Tompkins, founder of Tompkins Conservation and former CEO of the Patagonia apparel company.

We cordially invite you to join a press conference with the award winners Kristine McDivitt Tompkins and Alexandre Antonelli on Friday, 29 April 2022 at 10 am in the Green Auditorium (Arthur von Weinberg-Haus, Robert Mayer-Strasse 2, D-60325 Frankfurt). Senckenberg Director General Prof. Dr. Klement Tockner and Heike Spiller, Head of the Förderverein Senckenberg, will moderate the discussion.

Leading one of the most creative research groups in evolutionary biology and biogeography, Prof. Alexandre Antonelli (Director of Science at the Royal Botanic Gardens Kew, UK) and his team are investigating how biodiversity – particularly in rainforests and montane habitats – has evolved over time and how it is affected by ongoing climate change and habitat destruction. To this end, Antonelli relies on state-of-the-art techniques. For example, he developed a program using artificial intelligence that can identify and prioritize biodiversity “hotspots” – with the aim of protecting them sustainably.

The American environmentalist Kristine McDivitt Tompkins, former CEO of the Patagonia apparel company, founded Tompkins Conservation together with her husband, Doug Tompkins. She uses her private fortune to acquire large tracts of land, extending from northern Argentina to southern Chile, in order to renaturalize them before returning them to the respective countries as national parks. To date, this has resulted in the establishment of 15 national parks covering well over five million hectares and two coastal reserves with an area of 12 million hectares in Chile and Argentina.

Since 2014, the Senckenberg Prize has been awarded in the categories of “Nature Research” and “Commitment to Nature” as part of the Senckenberg Night, which is organized by the Förderverein Senckenberg. The award is given to individuals who, through their work and commitment, have made a special effort to protect our planet’s biodiversity and climate. The patron of the event is the Minister President of Hesse, Volker Bouffier. The official primary sponsor is the BMW subsidiary in Frankfurt. The Senckenberg Night, including the award ceremony, will take place as a seated dinner for invited guests. 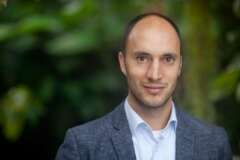 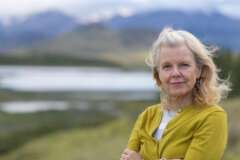